Browse: Home   /   Medication and the Toddler 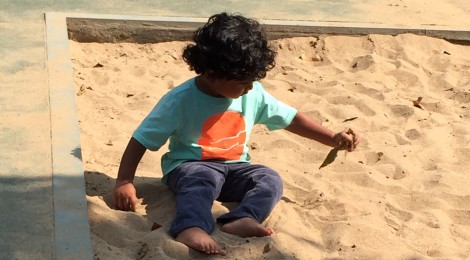 Medication and the Toddler

The toddler years pass by in a blur of colds, coughs, fevers, teething related ailments and other infections.

There was a time (before I took control of my health) where I popped pills without thinking twice about them for migraines mainly but for other minor coughs here and there too. This was before 2010 (when I went Primal).

In the last few years I have developed a mistrust of over the counter drugs that are handed out like candy. Lucky for me I haven’t had to visit a doctor apart from my ob-gyn for about 5 years. I improved my health by eating real food and building lean muscle and the migraines disappeared and so did regular colds and coughs.

With a toddler in the house though it’s a bit different. Small children while building up their immune systems swap germs with each other with ease and their little bodies get exposed to various viruses; which is a good thing as they build up immunity with each illness.

N is 2 years 3 months now and though he has had his fair share of coughs and colds I have barely ever taken him to the pediatrician other than for his vaccinations. He hardly knows about doctors and therefore was slightly blank when I gave him a doctor set to play with.

I normally tend to avoid medicating at all. If he has a cough I give him ghee, honey, and haldi slightly warm by the spoonful twice a day and give him warm water to drink during the day. If he has a fever I put wet a napkin with cold water to bring it down. If he has a cold I keep him hydrated and ensure he gets plenty of rest, make him nap longer, sleep earlier etc.

There was a time when he got hand foot mouth disease. The first day he had high fever out of nowhere. I decided to wait for a day and I just kept him comfortable and took him on a walk in the anmol wrap just so that he gets adequate rest without exhausting himself. The next day the signs of hand foot mouth showed up and I knew what it was and therefore just let it pass.

Another time we took a road trip and thanks to the heat he threw up a lot. I just breastfed more than normal and that ensured he was rested and hydrated.

Which brings me to my next point.

I breastfed on demand for almost two years of N’s life. The second year of breastfeeding was crucial thanks to the number of virals and teething aches and pains toddlers encounter. Not only does it keep the toddler hydrated adequately but also the child’s saliva communicates with the mom’s body and the immunity developed by the mom is passed on to the child through breast milk thus being a natural cure for ailments. The child is also at most times relaxed and resting during a breastfeeding session thus allowing him to doze off and generally have more down time. As parents of toddlers we know how difficult it is for them to remain still and get the rest they need.

I have carried allopathic medication when I travel though. I carry mild cough syrups and a mild paracetamol and if I feel he is coming down with something I don’t hesitate to use it. When travelling what you do not need is a cranky unwell toddler in tow.

I only supplement with a spoonful of cod liver oil every morning. The last time I forgot to order the flavoured one and with the result the poor boy has a really awful fishy tasting spoon of oil everyday 🙂

I’d like to add that my practical approach to building immunity like turning the other way when he mouths something disgusting or picks up a leaf from the ground and decides to taste it, coupled with breastfeeding for two years plus has really helped. The infections will happen but whats important is how quickly the body develops a response and gets healthy again and N has been bouncing back from illnesses pretty quickly without medication. There have been instances of long drawn coughs that I had to medicate though.

All in all though I feel most of the medicines are avoidable. I don’t trust the ingredients and I definitely don’t think it’s worth taking as commonly as they’re taken today and definitely not for the little ones. They are highly processed with very synthetic ingredients, a bunch of chemicals and nothing more.

Do you practice natural remedies for illnesses or do you prefer to go the allopathic route? What about homeopathy? I’d love to hear from you.