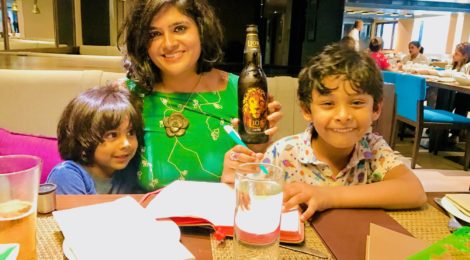 I started this blog as a new mother who very much believed in a natural and intuitive lifestyle. It was focused on nutrition and baby care but with an approach of getting back to our roots with keeping today’s world in mind.

However my children are no longer babies, no longer worn or breastfed (more on that in the next post on finally weaning for good) and no longer eating only the most nutritious foods (hello junk and everything bad ) and no longer having the best of habits (hello ipad )

So I have been meaning to move on, get on with it and start writing more about me and my trials while raising two young boys in today’s world in a conscious and responsible fashion. Also I have always found writing helps me think thought things and dissect my feelings to I may do some thinking aloud on this space.

As mentioned before I have an older son who is spirited, intense, keeps me on my toes and super challenging as his appetite for knowledge and his curiosity is insatiable. Of course so far – he is 5.5 years – he thinks that I am his best source of knowledge and is constantly asking me to google things for him and challenging me with philosophical questions that come firing in all different angles specially when at that particular moment I could do with a nap or I’m just groggy or in the midst of pms. I cannot wait for him to learn to read on his own so that he can get his answers on his own. Wouldn’t that be something?

He has always needed me to calm down or self soothe in the sense that my presence and my empathy is what gets him to be a relaxed version of himself which means I need to be around physically a lot.

An advantage of having a child like this, one who keeps you constantly working hard to be in tune with him, is just this – you get closer. I read so much on his temperament and the greater part of my energy goes into creating teachable moments using both boys as guinea pigs and showing them how to handle regular interactions like people instead of animals (read into that what you will. It all happens in my house).

As a result I am far closer to my first child. Not to mention that he is very much like me temperamentally so I understand him much better than my spunky, but even tempered, milder, people pleasing, sociable second born. The work I have done on my self and my firstborn has resulted in a supreme trust and bond that I don’t think parents are motivated to forge with easier children.

So where does this leave my second son?

My 3 year old (younger son) is my pride and joy. Often I look around me to find everyone giving him admiring looks and then congratulating me for having such a fabulous, cool, sweet little boy.

Unfortunately I can take no credit for his disposition. Because I am indisposed as mentioned above.

I would not go so far as to say that we haven’t bonded. Of course we have, he also loves his snuggles and time spent with me. He has spent his first year of life on my in a baby carrier and at the breast. But already at 3 he needs me way less than his older brother does. I can very happily palm him off to our nanny and I do more often than not with a healthy dose of guilt but then a shoulder shrug which says it can’t be helped.

Since he is my second it’s been easy to accept every bit of him. I know what to expect this time around unlike the first time when you second guess and fight everything they do. I’ve written about that more here.

Actual quality time, giving him undivided one on one attention, is much less than I would like. For 1, he doesn’t demand it and for another, I don’t know what to do with him. He being so different from me as an individual I really don’t know how to spend time with him as much. He would much rather make small talk with a stranger and learn about where they live and why they do this and that then sit in s quiet room and read with me.

I haven’t researched, dissected and analysed his temperament because he is so much easier to be around that I don’t need to do any of that.

He is more interested in the immediate world around him rather than analyzing layers and asking me questions that may take loads of thinking and sorting out my own feelings and biases to answer. In other words he is much less work.

I have a 5.5 and 3 year old boy but when I leave the house I am not used to saying just bye. I am more used to body weight thrown on me, hugs and kisses and sadness at the thought of a brief parting. So when my younger son says a simple bye with a nonchalant wave I am torn.

On one hand I know this is today’s cultural expectation of successful parenting. To raise independent children capable of not falling apart at a brief separation. On the other hand I can’t help feeling guilt that my lack of quality time, interest and motivation to spend time with the younger may cause problems as they grow. And mom guilt is real and constant.

Thanks for reading. I really really hope I start putting down all my thoughts here henceforth but will really welcome any comments! How do you handle mom guilt?