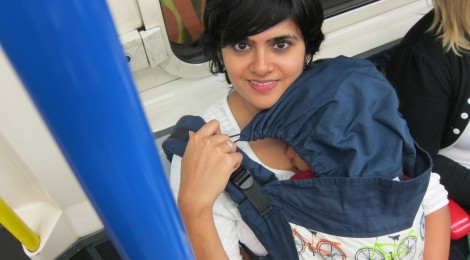 Traveling With a Nursing Toddler

We travelled with our 20 month old for three weeks. Our total flying time must have been over 45 hours and may I remind you that we have a toddler who isn’t like many. He is hyper, spirited, and a tornado. He can’t sit still ever! He is only still when he is nursing or sleeping and in constant motion at all other times.

We packed a few bites of food like dry fruits, dates, fruits, cheese, and some dry treats (no sugar) and were on our way. My carry on contained lots of toys (mostly assorted vehicles), various sticker books, some recently downloaded apps, some new books, a change of clothes and no diapers. Turns out I didn’t need most of the distractions except two which were part of my body!

We had four flights in total each for 9 to 12 hours. Lucky for us most of the flights were in the night with the exception of one 12 hour flight. (The London- SFO sector). Since N spent 6 of these hours awake he took to playing with his cars in the corridor much to my dismay. However the other flights were far smoother where he slept for long lengths of time. (There was one 11-hour flight of which he slept for 10 of those long hours nursing periodically).

I would say nursing on those flights really saved the day. I have no idea what I would have done had I weaned N early. For example I cannot imagine him sitting fastened to me in an extension seatbelt while the airplane was taxying the runway for an hour at Heathrow waiting for it’s turn to take off, if it hadn’t been for him being latched on to the breast. I don’t think any passengers on any of the airplanes heard his voice at all. All toddlers are different but trust me when I say my kid is loud. It sure saved me the embarrassment of dirty looks thanks to him nursing.

Did I use nursing as a distraction? Most definitely! I used my breasts as pacifiers, magic sleep inducers, distractions and whatever other undesirable label you want to give them.

In the end, it worked for us and worked for my little one. Flights are awful and flying feels miserable. Somehow he had fun!

We’ve heard of Indian parents carrying all sorts of food for the kids when they travel from formula to complete meals. We carried nothing except some snacks. Since N eats everything he ate what we ate when out and about. The result was I really didn’t pay that much attention to how much he put away. I’d give him some servings from my plate and he’d either eat it or if he was tired or just plain not in the mood, he’d not eat.

Nursing helped here too. I know the nutritional gaps in his meals and his hunger at times when he was really too tired to eat was being filled in nicely with the extra time nursing. I nursed more on vacation than I do at home as I decided to follow my toddler’s cues, knowing that he needed it even more thanks to lack of routine and well-known comforts of home.

When we got back it took only a day or two for N to realize that he was not back to routine and got back to his nursing schedule of only naps and sleep.

When out and about my husband and I took turns to wear out toddler. I would nurse him and put him in the carrier or my husband would wear him so his naps were taken care off in that way. I can’t believe how confident I have got with nursing in public. When N was a baby I was more shy about it and now that he is a hulk of a toddler and I know I probably get strange looks, I don’t care. 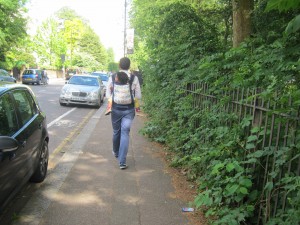 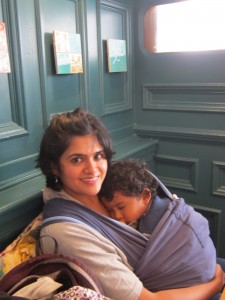 Finally, after heaving around heavy bags even when I go for a night away with N, all I need now are a change of clothes, a car or two, and my breasts.

Thanks for reading. What’s your experience of travelling with a toddler?

← What is Tabata and Why You should do it
Guest Post: Tips To Get Your Fussy Eater To Eat Healthy →