Browse: Home   /   Breastfeeding: What A New Mamma Should Know 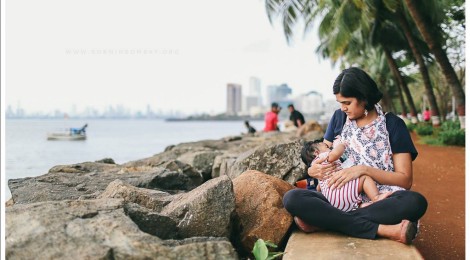 Breastfeeding: What A New Mamma Should Know

/ August 3, 2015 / Comments Off on Breastfeeding: What A New Mamma Should Know / Breastfeeding, Feeding, Nutrition, Parenting

I wrote this article for this awesome breastfeeding ebook by Baby Chakra and you can access it here.

Babies are hardwired to breastfeed at birth and a healthy mom who has sustained a pregnancy should be quite able to nourish her baby at her breast comfortably.

However in the last century or so breastfeeding became less of the norm as compared to artificial milk thanks to industrialization and women began to see less women breastfeeding and more bottles. The breastfeeding advice that’s being popularly handed out by doctors and popular books are based primarily on a formula fed baby or a baby who has been supplemented which has been a norm over the course of the last few decades.

However it can sure confuse a new mamma who is intent on exclusively breastfeeding her baby for 6 months.

Here are some truths a new mother should know about breastfeeding.

Feeding intervals. Since formula is heavier than breast milk and it has been the norm to mix feed for the last few decades many grand mothers do believe that the gap between feeds should be much more than it is in an exclusively breast fed baby and if the baby cries before the prescribed 2 hours is up then surely the mother is not making enough milk. This is simply not true. Babies are not born with clocks, they cry when they want the breast, simply because that’s their home and that’s where they feel safe. Especially in the first few weeks. it’s their natural instinct.
Also think about it this way, sometimes even if we’ve just eaten, we feel like a snack or water in an hour while we’re passing by the kitchen. If adults can eat and drink an hour after they’ve had a full meal why can’t babies?

Breastfeeding is as much about nurturing as it is about nourishing. This means that the baby wants the breast not only because she is hungry but because she wants to suckle and be close to mom.

Cluster feeds are a reality. There will be days and sometimes weeks where the mom will have to camp out in bed or the couch with baby latched on continuously for hours. This does not mean she has less milk. It’s just regular newborn behavior. Moms will start doubting their supply but breasts are making more and more milk at that instant so giving formula really messes with the supply.

Breastfeeding does not have to limit your movements. Just because the baby is intent on being happy only at the breast does not mean you have to stay cooped up in the room. Breastfeeding is normal and natural and you can do it anywhere. Get a sling, get a nursing cover, and that’s all you will ever need.

The baby has reflexes that are from the stone ages. Or from times when life was far slower than it is today. Today’s moms are busy people and feel the hours, weeks, months spent lying about breastfeeding are counter productive in some ways. Know that having a small baby is a huge job, so relax, slow down and enjoy this time. Lie in bed and feed feed and feed and enjoy this time together.

Breastfeeding positions. Try lying down to nurse or nurse with baby lying on top of you. These are natural positions and come naturally to most mothers rather than being propped up with a million pillows. Also many latch related issues can by rectified when doing this natural position, not to mention, it’s far more comfortable for mom and baby.

Co-sleep. Your instincts and the babies are too strong to cause any trouble. If you can roll over and nurse most of the times the nighttime parenting woes are pretty much taken care off because you can nurse without you or the baby fully waking up. A friend once told me she slept from day one with her son only because she felt he lived for 9 months inside her it just felt counter intuitive to put him any where away from her. And that’s all the reason I need.

If it feels natural, do it. If it feels right, it probably is. If your baby calms down when you latch him on even 5 minutes after he has fed, then calm him down that way. It’s far easier and less energy intensive than dancing with him or rocking him for hours. Don’t let anyone tell you that your baby will develop ‘habits’ because nursing or latching on is a very natural age appropriate habit.

Finally get help early. If there is pain or any sort of doubts that drives you to the bottle 😉 then get help from a lactation specialist sooner than later.

I am a mother for the second time and made a lot of mistakes the first time though I managed to exclusively breastfeed my first son for 6 months and still occasionally nurse him at nearly 3. This time around my baby is 4 months and I don’t own a single bottle or pump. It’s just my breasts, my baby and me.

Thanks for reading. Do say hi in the comments.