/ December 16, 2011 / Comments Off on Bandra Boy gone Primal! / Grain free diet, Primal / Paleo diet, Primal / Paleo India, Weight loss
The purpose of this blog is and always will be to write about my newfound lifestyle that has given me tremendous energy and joy. It is also to document my primal journey the Indian way (or maybe the Sobo way) taking into consideration our food, and lack of an open mindset and open spaces in Mumbai. This blog is different from the numerous others on the paleo/primal lifestyle, in that it is probably the only one that’s set in India, where changing traditional mindsets is as much of an uphill task as getting pothole free roads.
But one of my readers has given me a reason to hope and dream. He’s the one who read this blog which piqued his curiosity, clicked on links that let him to Mark’s Daily Apple, and has completed a month of being completely primal (at least with the food). A huge step! A huge shout out to Carl!
I dropped him a mail to find out how it’s going and well… let’s hear it from him!

1) Since going primal, what has been your lifestyle change in terms of food, workouts, or anything else that comes to mind?

Hey Allee, I’ve been primal for almost 30 days now. I don’t remember the exact date I started. Anyway, here’s my experience so far:
I’ve always been really conscious and concerned about my health but done zilch about it. 2 attempts at joining Talwalkar’s turned out to be a waste of money. The first time I went religiously for about 4 months, then went on a long holiday, and could never get back to it. The second time I just gave up after 3 months. However, both these times I lost about 3kg after rigorous cardio and supposedly controlling my food intake. However, I gained much more weight each time after stopping. Apart from these, I have never exercised post 10th grade. (I’m 28 years old now).
To add to it, I’d eat everything I liked and whenever I liked to. I’ve grown up in a home where if meat wasn’t a part of the meal, it just wasn’t a meal! As I grew older, I believed eating too much meat was bad, so I’d try veg. tiffins at work in the name of eating healthy. But fatigue would soon catch on, and I’d drift into the routine ‘order in’. There too, I’d make a fake attempt at ordering healthy sandwiches (made with brown bread J) but invariably succumb to a burger from Hard Rock or a pizza or my favourite – Indian Chinese. Also, I ate something sweet after every meal and there would always be at least 4 varieties of chocolate at home.
I loved meat. I loved fast food – kathi roles, sev puri, vada pav. I adored Indian sweet shops, especially Sweet Bengal. I remember an incident where my wife (who is way more health-conscious than I am) was ordering a salad at a restaurant and I said to her, “I will never in my entire life be caught ordering a salad at a restaurant. I just think it’s bizarre! and a waste of money.”
But thanks to her, I began eating somewhat healthy food (presumably) after marriage. She’d make fresh chapattis (without oil or ghee) and a vegetable every evening for most of the week. We’d restrict meat to the weekends or the occasional weekday. But then I’d also eat plenty of trash food, chocolate, mithai, desserts, pancakes regularly for breakfast etc. to even it all out. Hmm, it was a mess to say the least.
And that pretty much sums up the ‘before’ part of my life which is all of it actually. I weighed 83.5kg on Nov 1, 2011.
It’s been about 27 days since I went primal. An article on your blog – Allee G’s health blog is what caught my attention, which then led me to marksdailyapple.com. From there, it’s been perhaps one of the top 3 best experiences of my life.
So to begin with, I read through tons of postsat Mark’s blog. It’s probably the simple and logical reasoning that drew me into giving the Primal Blueprint a shot and sticking with it. I’ve been privy to umpteen so-called effective diets before but have never been inclined to give them a thought, leave aside a month of dedication. Anyway, I jumped straight into the primal eating plan because I believed there was some truth to it and I wanted to give it a good shot. Also, Allee G’s own results (from your then and now FB pictures) and the success stories at marksdailyapple were very encouraging, I must admit.
I thought that I’d first get the eating plan in place before I try to squeeze in the exercise routine. So I quit all forms of grain – rice, bread, our dear homemade oil-less phulkas, Kakori House’s mutton dum biryani, buttermilk pancakes that I adored and could make so well and everything else that had any form of grain in it. Which meant, I also gave up some of my favourite allied foods like pizza, burgers, kathi rolls, sev puri, sandwiches…the list goes on.
At times, I felt it was an illusion. My wife’s only comment from day one of going Primal until this day is, “I can’t believe you are doing this”.
Apart from grain, I quit sugar 100%. For a guy who’d add 3 teaspoons of sugar to his cup of tea or pop into mithai shops regularly with nothing to celebrate, this was bigger than the grain deal. So for all these 27 Primal days or so, the only sugar I’ve consumed has been a bite of Argentinean chocolate. And to my utter surprise, I DIDN’T enjoy it. That moment really was a defining one in this journey and in my entire life J. NOT enjoying a bite of chocolate for me was a supernatural experience – unreal, never seen or tasted before!
And that’s really the best part of this shift. It’s way easier than you’d imagine. After 3-4 days of going primal, I felt little or no craving for bread. Soon, my craving for sugar vanished too. I now eat large quantities of meat and egg (which I love and enjoy immensely) along with plate size helpings of green vegetables. In between, I snack on almonds and the occasional dried fig or apricot. Vegetables that I detested, now find themselves mostly raw or steamed with minimum seasoning on my plate. 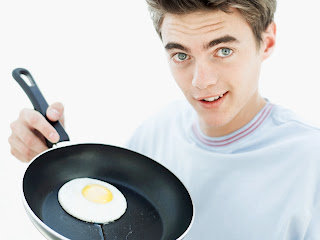 It’s also led me to discover the thrill of cooking –

juicy pork ribs, beef roast, grilled chicken, chicken mushroom soup…just the way I like it. After about a week or so of going primal, I attempted push-ups. I managed three, which was depressing. Nonetheless, I felt enthused and energized like never before, to keep at it. I’ll admit, I’m nowhere near the Primal workout, but I will get there.
To provide a little more detail about my diet, here’s what I eat on a daily basis:Breakfast: 2 eggs or just a fruit along with 4-5 almonds
Lunch: A large salad with some shredded meat thrown in – (curly lettuce, cucumber, broccoli, cauliflower, carrot, iceberg lettuce, cabbage, mushroom).
Around 6PM: Carry a fruit to work – most often an apple or pear.
Dinner: A large piece of chicken, fish, beef or pork with a medium serving of green vegetables. Often I skip dinner or have a bowl of soup (which I make from the bony pieces of the chicken). Skipping a meal is not often looked at positively. After going primal, regular hunger pangs have vanished. After a heavy salad for lunch, I could go until 9PM without feeling an ounce of hunger. So if I don’t feel too hungry, I simply skip a meal and it feels perfectly fine, normal and even good. I always wondered why animals ate just as much as they required whereas humans over ate so easily. It makes perfect sense now.
2) How has this change in lifestyle made you feel over all?
Now, my energy levels are simply astounding. I’ve never felt so lean, light and healthy at any point in my life. I live on the 3rd floor, in a building without a lift. Climbing up the stairs used to be a drudge, where often I would imagine I’d reached the 3rd floor when I was actually on the 2nd. These days, I sprint up 3 floors without gasping for air. There’s a kind of light-footedness in my step.
Also, the post lunch sleep syndrome has vanished. 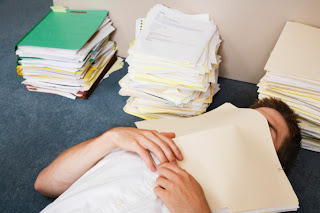 There’s not an ounce of heavy headedness around the 3PM mark. With no exaggeration, I can’t ever remember feeling like this – even if I dug into childhood memories.
During the past month, there have been plenty of fancy dinners, mother’s home cooked feasts and most of my favourite desserts waving out to me. Surprisingly, I’ve managed to resist them all and quite effortlessly at that. It feels like my body’s been recalibrated or maybe it’s my brain!
3) How did you manage to overcome the huge change in mindset?
The only mindset I needed to overcome was to try something new. Because once you get past that, the Primal Blueprint takes over. It’s so normal and so right for your body that conventional wisdom will simply melt itself away. However, as I mentioned earlier – you need to give it a try, if only for a month. And for that to happen, you need to ‘want’ to get healthy enough. Also, success stories are a fantastic motivator. For me, it was Allee G. Then Mark Sisson’s 8-pack. And the innumerable success stories at marksdailyapple.com, which are so real and make such an impact.At least 5 colleagues at work have asked to borrow the ‘Primal Blueprint’, after seeing my so called transformation (not physical as much as dietary).
4) Have you lost weight? Dropped inches?
I checked my weight this morning, just for this report’s sake and I’m delighted – 77 KG! That’s about 1.5KG a week which is awesome considering I’ve had the pleasure of eating massive and delicious portions of meat 6 or 7 times a week, feeling out of this world and being on to something I believe I can comfortably sustain.
5) Can you send me a before and after picture? (Pretty please?)
I don’t think I’m ready for this yet. But I will, in time.
6) Anything else you want to mention like goals, workouts you plan to do etc.
My only aim now is to get into the Primal Workout plan, with complete dedication (just like my diet). Will keep you updated on the progress.
Comments section is open and anything you may want to ask Carl, fire away. I’ll make sure I get him to answer, and I promise to get that picture soon! Thanks for reading!

Tags: lifestyle, mumbai, paleo, primal
← Dear Allee: What should I carry in my dabba?
How to Beat the Year End Excesses →